You will receive the key for the game by Codemastersvia eMail within the stated delivery time.

F1 2019 is the official videogame of the 2019 FIA FORMULA ONE WORLD CHAMPIONSHIP and will be released 2 months earlier than previous versions!

The official videogame of the 2019 FIA FORMULA ONE WORLD CHAMPIONSHIP, F1 2019 challenges you to Defeat your Rivals in the most ambitious F1 game in Codemasters’ history.

F1 2019 features all the official teams, drivers and all 21 circuits from the 2019 season. This year sees the inclusion of F2 with players being able to complete the 2018 season with the likes of George Russell, Lando Norris and Alexander Albon.

With a greater emphasis on graphical fidelity, the environments have been significantly enhanced, and the tracks come to life like never before. Night races have been completely overhauled creating vastly improved levels of realism and the upgraded F1 broadcast sound and visuals add further realism to all aspects of the race weekend.

Developer Codemasters has been working on F1 2019 for almost two years. This newest Formula 1 game might be the most ambitious undertakings in the series’ history and was created in close cooperation with F1, specifically Ross Brawn and Pat Symonds.

The goal of the team behind F1 2019 is to provide players with an experience that resembles the real-life sport as much as possible, including new game features (including new multiplayer features) that will improve the overall quality even more.

Brand new player personalization options will also find their way into the game through the implementation of a new regulation car. With F1 2019, Codemasters is giving players more control and more customization possibilities than ever before!

Rise up against your rivals with our first F1 2019 game trailer Find out more and get the full list of classic cars right here ⬇ http://bit.ly/F12019-Game-Trailer Keep ...

Earlier than ever before. Rise up against your rivals in F1 2019 - early access Legends Edition OUT NOW! ORDER NOW: http://www.formula1game.com READ ... 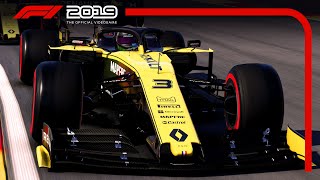 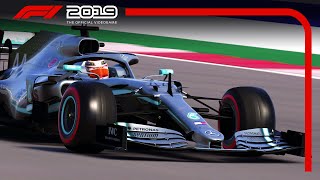